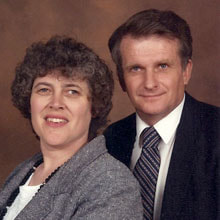 Carol and Doug Smith
Golden Key Prison Ministry was born from the heart of God and through the efforts of Pastor Doug and Carol Smith in August 1977.  While attending Practical Bible Training School (which became Davis College) in Binghamton, NY, Pastor Doug Smith was encouraged to start an outreach ministry.  Soon he was knocking on the gate at Elmira Correctional Facility to meet with Chaplain Cephus McGee about doing ministry in the prison.  To his surprise, he was greeted enthusiastically by the chaplain’s clerk, inmate Michael Morris, who told him that he was an answer to prayer for ministry to the inmates from the outside community.  Pastor Doug felt that God was confirming to him that he should establish a full-time prison ministry.  He visited local churches to raise support and began to visit other county jails in the area to expand the ministry. 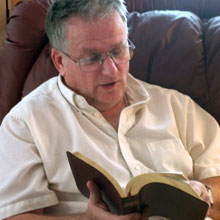 Pastor Doug brought Golden Key to Broome and Tioga County Jails personally and started recruiting and training other volunteers to help with the growing work.  He recruited Judy Eaton (Read more about Judy Eaton on Tioga County tab) to work with the women at Tioga County Jail.  Golden Key was incorporated in April 1979 and was given its state and federal tax exempt standing in September 1981.  For almost thirty years Pastor Doug impacted the lives of countless prisoners, correction officers, and families of prisoners.   He spoke about prison ministry in dozens of churches in a four county area of the Southern Tier of New York.   His family grew as his three daughters added grandchildren that were his pride and joy.  He and Carol also parented many foster children over the years. 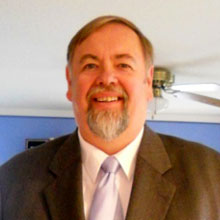 In August 2006, Pastor Doug Smith met Pastor Curt Carter (Read more about Pastor Curt Carter), then Western New York Field Director for Prison Fellowship, for the first time. They discussed ways that their ministries could collaborate and planned to meet again. That morning Pastor Doug had just returned home from welcoming two new grandchildren into his family.  A few weeks later Pastor Carter received the news that Pastor Doug had been given a heavenly homecoming on September 19, 2006. The board of Golden Key Prison Ministry contacted Pastor Carter about preserving the ministry that Pastor Doug had spent so many years developing.  In October 2006, Pastor Carter was accepted as interim director of Golden Key. In January 2007, he accepted the role as executive director of the ministry.  Under Pastor Carter’s leadership the ministry has again returned to Elmira Correctional Facility where Pastor Doug and Pastor Curt had began their prison ministry experience, launched a ministry website, expanded the quarterly Inmate and Supporter’s Newsletters, published a series of ministry pamphlets called “How Christianity Works” and helped to bring a Christ-centered 12 step program, “Celebrate Recovery”, to the Broome County Jail.

Two of Pastor Doug Smith’s ministry concerns were: 1) that the ministry would outlive him and continue far beyond his years on earth and 2) that ex-prisoners, redeemed by the Lord Jesus, would become part of the leadership team of Golden Key.  Both of these hopes have been fulfilled as the ministry is moving forward and through the years several ex-prisoners have held roles on the ministry staff.
​
Pastor Carter works closely with the ministry team and board members of Golden Key. Carol Smith has joined the board to share her years of experience and compassion for those in need of a relationship with the Jesus Christ.