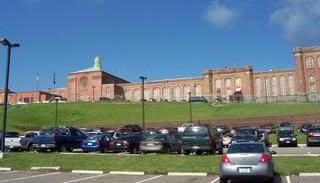 Elmira Correctional Facility
Elmira Correctional Facility, also known locally as “The Hill”, was established in 1876 as a reformatory for young men 16 to 30 years old. This facility moved beyond traditional corporal punishment to include training in ethics, religion, vocations and extracurricular activities like prison band, newspaper and various athletic leagues.  In 1910 it become the Elmira Correctional and Reception Center for adult maximum security and presently houses around 1,856 inmates with 721 corrections officers and administrative staff. 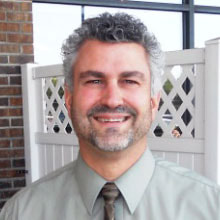 Chaplain Timothy Hawk
Chaplain Timothy Hawk is a new staff person at Elmira Correctional Facility beginning his role in April 2012.  Before coming to Elmira he served 11 years as Protestant Chaplain in Upstate Correctional Super-max Facility.  In a super-max facility the inmates are locked in their cells 23 hours each day with only one hour of outside exercise.  Being Protestant Chaplain of Elmira presents some new challenges, but Rev. Hawk is excited about what God can do at this facility.  Chaplain Hawk works closely with the volunteer team to provide worship services and Bible studies for the men of Elmira
TEAM

Pastor Curt Carter
In 1989, Pastor Curt Carter entered Elmira Correctional Facility with about 25 Christian volunteers to present the first of dozens of three-day Life-Skills Seminars as a Prison Fellowship volunteer. Approximately 185 inmates attended that first seminar and later a regularly weekly Bible study was added to further develop the themes of the seminars.  Over the years two other Bibles were added, one for Spanish-speaking prisoners.  Pastor Carter also led worship services in the reception center and for the main church.   In January 2000, while still pastoring a church in Waverly, NY, he took a staff position with Prison Fellowship.  As the Western NY Field Director he traveled much of upstate New York helping to recruit and train Christian volunteers for ministry in the state correctional facilities.

In February 2004, he retired from church ministry to work for Prison Fellowship which he did until February 2009.  In August 2006, Pastor Carter met with Pastor Doug Smith to discuss ways that their ministries could collaborate in the local jails and prisons.  Three weeks later Pastor Carter was informed that God had taken Pastor Doug home.  After a meeting in October 2006 with the Golden Key board it was determined that Pastor Curt would become interim director for Golden Key.  In January 2007, he became the acting executive director of Golden Key.  Presently, Pastor Curt schedules the Sunday worship services for Elmira CF. 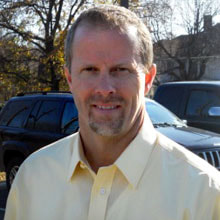 ​     In fall 2009, Pastor Carter was contacted by Pam Lanz, Mission’s Coordinator of South Apalachin Baptist Church.  She wanted to know if instead of having a presentation at their church was it possible for some members to actually visit the prison.  In October 2009, Pat Blasdel and Joel Lanz, attended a worship service at Elmira.
Joel was no stranger to prison ministry as his step-father started a prison ministry near Pittsburgh, PA, (Joel’s hometown) in the 70’s and eventually became chaplain at the facility.  It wasn’t uncommon for “Rev. Ray”, as he was known, to have Joel sing and lead worship at prison services.  When Joel visited Elmira CF, he knew that God was calling him back to prison ministry.  He is using his talent as a musician and worship leader to guide the men at Elmira into worship.  He also wants to serve in other Golden Key county jails as well.
For 20 years, Joel has been the president/CEO of Apalachin based Landfill Service Corporation which produces environmentally safe landfill covers to conserve airspace, control erosion and eliminate odors.  He lives in Apalachin where he is active in his church along with wife, Pam, and three daughters Katherine, Anna and Rebecca.
SERVICES